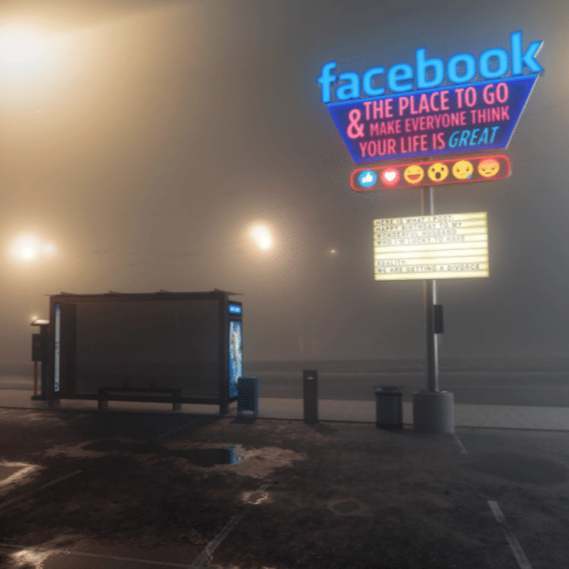 Which is better, friendship or wealth?

Which has more value, love or kindness?

Is wisdom stronger than happiness?

Asking yourself these three was supposed to induce the mind’s natural questioning process and enact a more harmonious relationship with money as a medium of exchange, according to an email I received.

I wanted a better relationship with money, so I posted the questions as my status on Facebook, using that popular social media site as a sort of vision board, along with a big pile of money as my profile pic, so that everyone looking at my name would see all this money beside it and make that connection, so everyone’s thoughts would be putting that into the field of likelihood.

Almost right away, this guy Carson Reed who I met in the Denver spoken word scene in the 90s commented right under it, “Most questions of process are easily resolved using the Pareto Principle.”

Reed was one of the younger of the older poets in that scene. A nice guy, his poetry had an edge of humor and I associated him with Beat poet Gregory Corso. Pareto Principle being some logical axiom he believed in meaning nothing to me, and I wasn’t looking for answers so much anyway as trying to like enhance my natural functioning, using Facebook as a kind of vision board. But I didn’t feel like explaining all that. I went to another screen or logged off or took a shower or something, whatever I did, and when I came back, the same guy had replaced his Pareto Principle post with, “Screw you, Zack. What you need to do is figure out a way to make a living being crazy.”

Was this a message from the universe? I’d been trying to find a good job for the last six months. Maybe I hadn’t been trying hard enough to make a living by my art. Or was it just some tough way of talking: “Ha ha, screw you”? I tried to think of some way to respond. Are you hiring? I thought I might ask – but I deleted that comment. Was Carson Reed calling me crazy, this guy I’d barely known 30 years ago? If so, why? 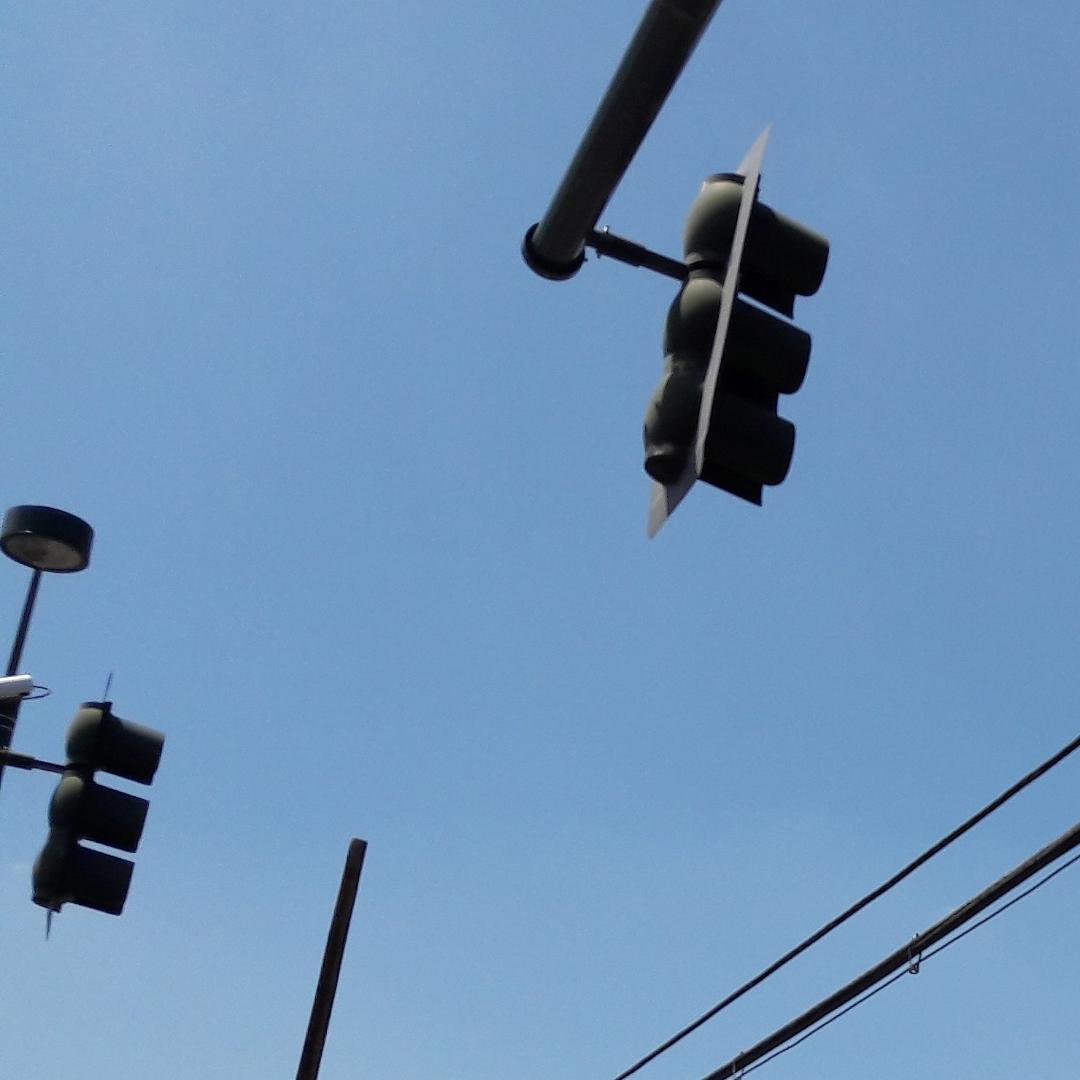 Right away I ran into some trouble with my online bank account, and had to go down there in person to resolve it. That guy put a curse on me, I realized, boarding the light rail. It pissed me off, this jerk cursing me for some unknowable reason over Facebook, some weird trip he was on about the Pareto principle, whatever that was.

Before becoming a freelance writer, I showed up in the Denver poetry scene as punk poet Henry Alarmclock around 1990 and the whole thing changed. Formerly dominated by people like Carson Reed citing logical axioms bearing likeness to the Beat Generation and having corny names for all their stuff like Poets of the Open Range and the Poetry Rodeo—man, I hated that stuff—after Henry Alarmclock showed up and started hosting all these readings, lots of young people started coming out and reading their stuff and taking on outrageous pen names with words like Universe and Grapefruit in them. The whole scene was newfangled, and there I was at the center of that, hosting three or four readings a week. For about ten years, I was really the star of my own universe. For another ten or fifteen years, I would still get recognized as “Henry” wherever I went.

I kept trying to live by my art the whole time, eventually connecting with a few very excellent paying connections as an editor and ghost writer, which led to further connections as a web content author and freelance journalist,  publishing a book on Denver’s connections with the Beat Generation and further paid journalistic and literary and musical review and interview opportunities. I hosted a variety show at Mutiny information Café for about a year which never quite caught on, and I’m about to start a podcast, stay tuned. But I stopped going to the readings.

There’s this new young poetry host in Denver now, and he seems like a very nice guy, but he has totally scrambled my understanding of how the engine works. For years, there was a schism between the Dever and Boulder poetry scenes. Not for any good reason, that’s just the way it always used to be.

This guy comes from Boulder and hosts readings in both cities. And apart from being confrontational or deliberately unlike in any way, instead of infiltrating the existing scene, he appears to have created his own whole huge scene of young poets. And perhaps because of the increased accessibility provided by the internet, a lot of them are published and have won awards.

I stopped paying attention for a couple of years and just look what happened.

Well one day this guy, we’ll call him Slick, not a bad guy at all, but he’s under my skin on account of my grudge against fate, he posts this number on Facebook: “Hey, I’m getting the message lately that a lot of folks have been feeling excluded. I’m reaching out here to say I’d like you to feel more included. I’ll make a place for you at one of my readings.”

Missing the community there was in my Henry Alarmclock years, of feeling like part of a family of lives instead of a lone lucky joker, I responded with enthusiasm, “Hey, Slick, I appreciate that. I have been feeling excluded. Maybe you’d let me feature at one of your readings?”

“Sorry dude I usually only pick my features from those who attend my readings a couple of times first. You gotta support the community.”

That son of a gun. There wouldn’t even be any community without me, I thought. There were no young people involved until I came along, you—but he didn’t know about any of that. And I had to admit, he’d been the first to bridge the Boulder-Denver gap, perhaps just because of his non-confrontational natur. Had it been Henry Alarmclock putting together this cool new scene of young hotshots, I would have resented the old guy who hadn’t even bothered to familiarize himself with my neighborhood demanding a feature there–like I thought I could somehow get away with doing in good conscience.

Slick wasn’t asking for anything more than his due in this nutty mixed up world.

Every aspect of modern life can be managed online. Besides all the social media sites like Facebook, Twitter, there are interest-specific ones like Instagram and Goodreads and online dating sites like OK Cupid and Kettle of Fish and Bumble, and whatever your chosen career, it has certainly been affected in one way or another. As a freelance writer, I have near unlimited access to clients and interview subjects and publishers compared to the state of things fifty years ago, when everything was done by mail. Event Pages on Facebook and their equivalent on other site are another method of online life management. Pages used to commemorate actual events, such as weddings, funerals, birthday parties, important travels, or periods of time in people’s lives, like a job once shared or a Toastmasters chapter, that kind of thing.

I met a sexual tourist on OK Cupid with a page dedicated to her travels.

Carson Reed started one commemorating his own Denver poetry heyday, the latter part of which I was present for, and sent me an invitation. I accepted but didn’t post anything until he bugged me about it, at which point I posted a eulogy I’d written for poet-comic-playwright Don Becker. 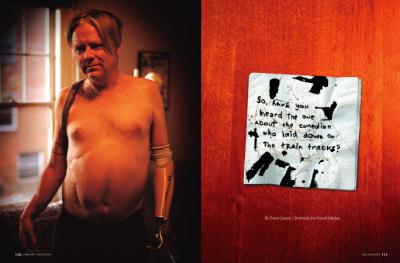 It’s too soon for me to formally memorialize my writing life—I mean I’m probably never going to stop expecting it to work—but being a member of Carson Reed’s page has shown me my actual place in the timeline.

The Pareto principle states that, for many events, roughly 80% of the effects come from 20% of the causes. I looked it up.

Seeing pictures of all the same writers I thought were so stuck-in-the-past when I showed up in the 90s looking younger and hipper and more dangerous-in-the-eyes on their flyers from the 70s and 80s, I understood something about the way my mind has been working all these years, that it has been my own inner outsider causing me to feel so alienated, regardless of where I am in time. If that’s not too poetic.