I met Don Becker when he was in his forties and I was in my late teens trying to revolutionize the Denver spoken word scene three or four times a week as Henry Alarmclock. Kids even younger than me liked his stuff: “Don Becker was the first one to make me think poetry readings were cool,” one such witness said recently, “It wasn’t until I was, like, twenty that I realized poetry readings weren’t really that cool—it was just Don.”

When Becker died in 2005, I did a search for him on MySpace. I never knew he had a page until he died and our mutual friend Laura told me. At first I didn’t want to, it felt like defiling a casket, but I followed through and read his blog. There were only four entries. They all had to do with truth—considering the essence and limits and nature of truth like a physician or a scientist. Jonathan Richman was listed among his favorite music, which struck me poignant since I’m a Richman fan too—a rare distinction nowadays—and I never knew Don was.

When I first heard about his psychotic break in 1987, how a train ate one of his arms when he laid them both down on a railroad track as a kind of sacrifice to save himself, or save the world, I was impressed he had that kind of madness in him. I felt a funny kinship with Don as a fellow intrusive outsider. And his writing was always sugar free. Using personal shadows for paint in his poetry and plays (like the excellent Lucifer Tonite, narrated by a sensible devil, as was Mark Twain’s Letters From the Earth), for many years, Don Becker electrified the Denver scene with his shadow-show, after first doing that to the comedy scene.

His reliance on puns on his wounds is the less frightful cousin of a mental disorder from which Becker suffered whose subjects are constrained by word association to such a degree all the seemingly innocuous titles and symbols of modern life conspire as glyphs of terrible personal relevance for them.He made light of the madness that marked him, pointedly characterizing his “muse” as a straitjacket on one promotional website. There’s a movie about him called A Farewell to Arms and his as yet unpublished memoir is titled One Hand Clapping.

Don’s wake upstairs at the Mercury Cafe was full of faces from Henry Alarmclock’s past, like time travel. Everyone got a yellow card at the door for “Two drinks on Don” from the bar at the room’s other end. I joined Laura, who I hadn’t seen in years, at a table near the top of the stairs in the room where they usually have the dance classes, now full of tables and chairs and ringed with billboards posted with pictures and stories from Don’s life. There was a rack on the stage at one end of the room hung with all his sportcoats for loved ones to assume. I tried on three or four but none fit me.

People spoke and read from Don’s poems and plays and jokes and eulogized him in turn. A few of us went over to Laura’s boyfriend’s brother’s house after the wake broke up and sat around a bonfire in the backyard, drinking beers. Standing on the raised porch watching everyone else around the fire below me, with the shadow of my head and shoulders magnified on the wall behind them, I was overcome with the awareness of how much influence my shadow was having on everyone else, the funny perspective that gives. I did a little dance from side to side, making light of it, my shadow-show towering over them all, and left soon after for the long walk home that made my sneakers hurt.

There was death in the air.

Another fixture from the spoken word days died, septuagenarian Christian Yogi Laverne Lobdell or “Reverend Friendly”, who once told me he was an “omnibiblious dipsomaniac” (meaning I guess he could drink anything and get drunk—even water?). A true street poet, the Reverend had been homeless in Denver and Boulder until hooking up with the HousingFirst program, which provides housing if tenants agree to case management. “His friend, what he does for a living is make parade floats,” says his HousingFirst case manager Chris Byrne. “And the Rev described in detail what it was going to be like when he got there. There was going to be a parade for him, ‘Welcome home, Reverend Friendly,’ and there was no doubt in my mind that he didn’t see this and believe it a hundred percent, and he passed away that night. So he had a parade [in his head].” 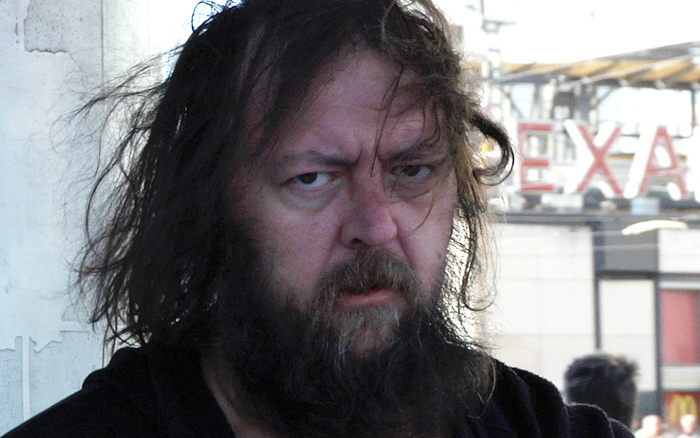 Phil Duncan as Doug Blankenship in Love Songs For Scumbags

Then another close friend passed away, Denver poet and filmmaker Philip Lee Duncan. His film, produced by Daniel Scheimberg, was touring the circuit of European festivals. Anything might happen. I attended another memorial at the Mercury Café, which had the same time travel feeling as Don’s, bleeding into a wake at a friend’s house. At Phil’s wake, Laura told me I could try to get Don Becker’s final book published. I was excited. The manuscript had a set order, four parts, all the chapters were numbered But when I started to read it, at first it seemed scattered in chronology, then smoothed out for quite some distance until the next glitch: “Shouldn’t that have come earlier? Wait, who’s Andrew?”

I remembered Don once talking about the idea of a book he wanted to write someday where every page was possessed of the same integral significance as a Tarot card or a Bible passage, “like a blueprint for life” was the phrase. Could this be it? I have made only the very slightest changes, spelling errors and the like, to Don’s memoir, which may never be published on earth.

Walking to the grocery store the other day I realized Don Becker really saw himself as a suffering Christian archetype, as is evident in his memoir, which can properly be seen as his religious testimonial. His is also the tale of a life of hard knocks spent in and out of locked mental wards and countless other backdrops (including a USO tour of Korea), and on and off comedy stages, barstools, medications, religions, and manias.I’ve called myself a qualified agnostic, meaning I think what I think about God and it changes unrestricted by any doctrine beyond the self-made, but this man lived a life every bit as fantastic in its way as any archetypal Biblical figure. 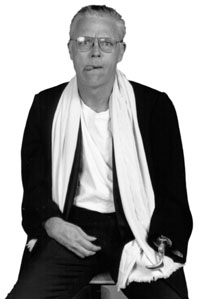