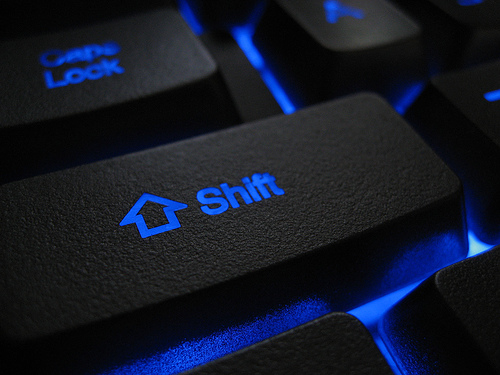 Time is speeding up. American cultural configuration has evolved to the degree that old-style counter cultural behaviors no longer have cultural impact outside the microcosm. I met a lot of creative writers and musicians at the weekly variety show I hosted in Denver a few years ago. Some of the younger ones had no apparent knowledge of their forebears, in some cases people world-famous as recently as twenty years back were unknown to them. “How do you start a counter-culture?” one asked. I told him the story of an artists’ collective I was part of in the 90s. We hosted events without specified performers designed to inspire improvised jams by attendees. I think we had seven or eight of them over a period of five or six years. That was our attempt to start one, a Denver-specific occurrence that never went beyond local underground history and barely made much of a mark even there. We all grow up encompassed by the doings of bygone bigshots, and as an artist, I’ve always felt like the result of some previous counter-culture in an endless war between law and joy or some other conflict along similar lines, and maybe you have, too.

American history is rooted in conflict, beginning with a conflict between pilgrims and the redcoats, followed by the (ongoing) conflict between colonists and natives, getting into the Civil War, North vs. South–a culture of separation breeding racial bias of every imaginable nature, and gender bias and sex-preference bias; old versus young; counter culture versus culture.

Another foundational norm in America is consumerism, selling things and advertising, which takes public relations and flash, and over the years the authorial vantage, formerly thought of as commentary above and beyond the drag of normalcy, has become increasingly united with entertainment because of this influence.

The Lost Generation in the 1920s consisted of writers including Ernest Hemingway, Gertrude Stein, E.E.  Cummings and others noted for their nonconformity. I’m not sure who came up with that one, some newspaper columnist probably. More public relations.

The Beat Generation (“Beat” from Black American slang quoted by Times Sq. hustler Herbert Huncke, popularized as literary tag by John Clellon Holmes, Jack Kerouac, Allen Ginsberg, others) became famous in late fifties American pop culture as an early counter culture popularized by mass media. Toys, games, TV shows, mass media stereotypes and cartoons were created. The Beats were mistakenly lumped in with the rock and roll juvenile delinquent scare of the time and dubbed with the “beatniks” slur by SF Chronicle columnist Herb Caen to link their scene with the Communists, perceived national opponents of the time equivalent to today’s terrorist. This association was, of course, unfounded, as the Beats were apolitical in nature to begin with.

Around the same time in England you had a literary movement known as the Angry Young Men including writers like Kingsley Amis and Colin Wilson, skiffle music and eventually rock and roll becoming popular with Teddy Boys or “rockers” in conflict with well-dressed, scooter riding Blue Beat and R&B loving mods.

Back in America in 1964, Neal Cassady went on to drive Ken Kesey’s bus from Acid Test to Acid Test, where samples of the then legal psychedelic LSD were distributed to the public. A few years later the “hippies” were born. Countercultural springtime in the Western Lands.

In a few more years came further commodification of the counterculture ethic with the Summer of Love, the Love Generation, The Beach Boys, Crosby Stills and Nash, The Beatles, The Rolling Stones. The formerly exteriorized artistic voice, which once provided counterpoint to the mainstream culture, had united with its popular entertainment, inarguably one of its pillars.

This drastic disconnect between artistic expression and political character in the Western Lands continued through the 1970s modified by the album oriented rock, with only a couple dramatic backfires, including punk, eventually numbing back down to the current hodgepodge of prefabricated boy bands and teen chanteuses.

By the time I entered high school in the middle 1980s, rebellion had become a commodity consumers identified with by hairstyles and listening preferences. And maybe it always had been that in part, but now maybe that’s all it was. I started high school as a heavy metal kid, then crossed over to punk. Began with denim jacket and long hair, standard heavy metal look. When I got into punk, I slashed a vent in the back of the same jacket, wrote THE SEX PISTOLS in black magic marker below it, then spray painted it red (as if maybe I’m stabbed in the back, see) and shaved hair off the sides of my head with disposable razors in my parents’ bathroom. “You look like an idiot,” said Dad, and I stuck a safety pin through my nose. That’s how I told it. A year later, I got into ska and became a “rude boy” which entailed a whole new style of dress. I dropped out of  high school as a punk/ska/mod hodgepodge of some sort. The whole time I was profoundly influenced by my understanding of the Beat Generation, sometimes wearing turtlenecks to display that flag.

By now I feel like I’ve outgrown most of the behavioral effects of my teenage conditioning, developed into my own sense of style ungoverned by dress codes, but it’s still a blend of all those preset cultural camps. Meanwhile United States creative culture has developed a virtual level potentially free of conflict called the internet. I was able to get a lot of interviews with people beyond my caste on the strength of my skill with language once I got their emails. Who knows whether or not that would have happened before the internet made the attempt instantaneous and free of charge? I might never have tried to assume my true size if it hadn’t seemed so possible. The web is a method of increasing interplay between the underground and the mainstream, also a way of promoting oneself. I’ve found editing jobs on the web. I got my last couple of book deals through online connections.

Still lots of chaos in our social order, we have Republicans versus Democrats, business types, homeless people, underdogs, upperdogs. Medical and recreational marijuana use has been legalized in several states, reducing its efficacy as a tool of social nonconformity. Pot smokers are more of a social sub-category anymore than a counter culture. The psychedelic community constitutes an enduring counter culture, but for the most part its adherents have insinuated themselves into the dominant paradigm rather than overtly opposing anything. Public expression of free thought has been diverted to expensive annual festivals far removed from civic centers.

The world wide web, nothing less than an externalization of mass consciousness, with all the snares and pitfalls and rewards of what it mirrors, is unique to this time as a tool of creative expression. As we’ve seen, there are continuing attempts to privatize and regulate that limitless-ness, so far without doing much damage. Now it seems they’ve voted to repeal net neutrality, final enforcement a few weeks off, despite public disfavor. Somehow it still doesn’t feel final to me, but it surely means the end of something. I’ve worked enough phone jobs to know big business pays attention to the market. I’ve signed lots of petitions about this. I’d like to think public opinion can guide official policy on what’s to be done with the externalized manifestation of mass consciousness. It seems like evolution favors the collective more than individuals, and the one goes ever forward as the others fall away. Not necessarily a bad thing. The human race coming of age? At the moment, we have every chance.